TBKS Guides: Everything You Need To Know About Sash Windows

The term "sash windows" is used interchangeably with the term "box sash windows", and frequently used to describe the same thing.

A cornerstone of British architectural history, the sash window has added elegance and style to buildings for centuries. Comprising of two vertically sliding glazed sashes supported by weighted cords: by the end of the 17th century, sash windows appeared in royal palaces and prominent heritage buildings such as Hampton Court, Chatsworth House and Kensington Palace.

Wooden sash windows soon became the fashion du jour, and the trend swept across Britain with popularity flourishing until the 20th century.

In part this was down to practicality - they closed to a narrower gap than the hinged alternative, helping to keep the rain out and preventing the risk of rot - but the rise in popularity was also due to the sash window's visual appeal.

Pioneers of Georgian architecture fully embraced the sash movement, even adding to the design by changing the fixed top to the more modern two moveable sashes. Glass manufacture improved and panes became larger in size, with the Georgian style of six by six panes becoming increasingly fashionable.

The Victorians took the design of the box sash window further, focussing on elaborate details and incorporating decorative features such as horns, latticework and mouldings into the structures.
Sash windows have continued to be popular to this day, with homeowners considering the aesthetic appeal and high-quality craftsmanship as integral to their design, harking back to a golden age of British style and heritage.

Sash windows require continued care and refurbishment to ensure they function correctly and still offer great protection against the weather. Traditionally, sash windows would have had wooden shutters to provide protection against draughts and cold winter weather: these days shutters have often been replaced by curtains or blinds. 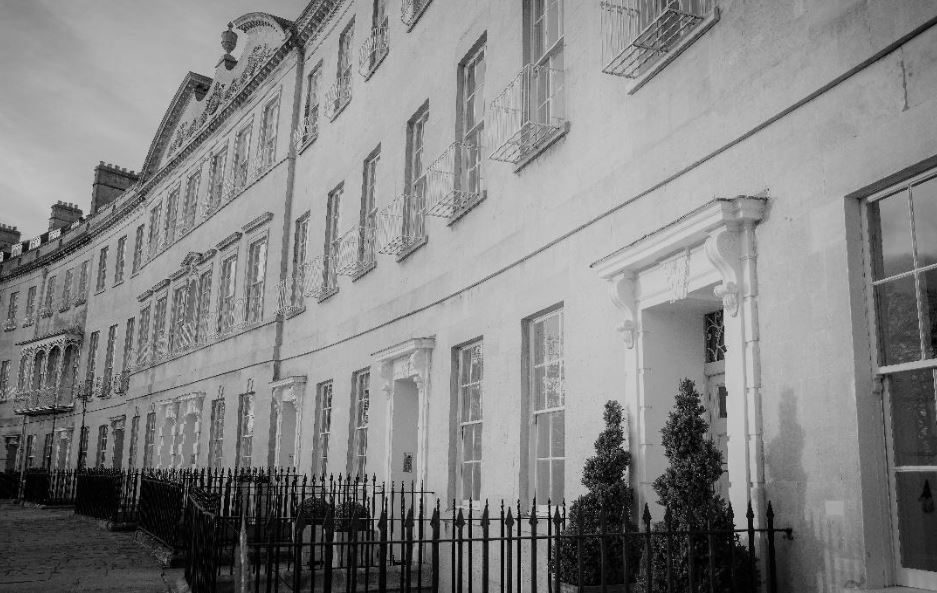 What Window Furniture Is Required To Close, Open or Secure a Sash Window?

The correct furniture on a sash window may offer aesthetic appeal, a certain level of draught proofing, and security.

All furniture fitted to a sash window works at maximum efficiency when the window is well maintained and the weights correctly balanced.

Fasteners on sash windows are used to hold the two gazed windows together. They are positioned in the middle of the window, on the top of the lower sash and the bottom of the upper sash at the meeting rails.

Four different types of fastener are available to perform this function. 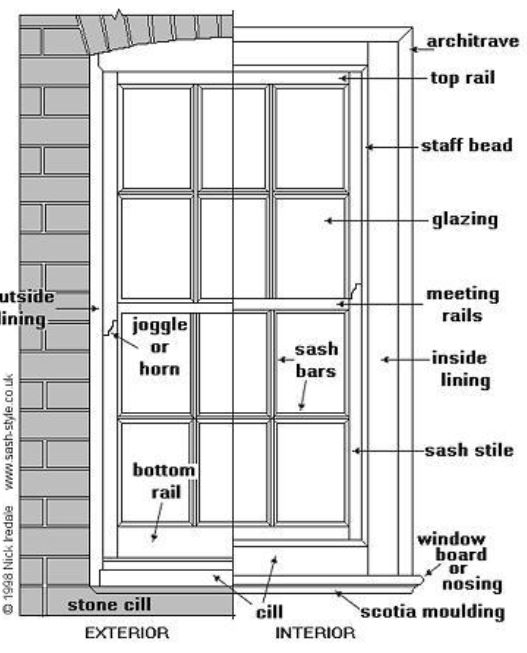 Lever Arm Sash Fasteners –The most traditional type of fastener, available in different widths to suit narrow or very wide wooden meeting rails. A lever arm fitted to the upper meeting rail is held in place by an aligned keep. 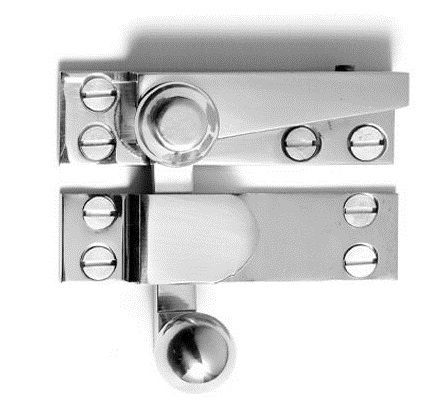 A lever arm fastener keeps the windows panels closed and in position. This type of fastener will not significantly reduce draughts or windproofing as it's not designed to pull the glazed panels together because traditionally, windows would often have shutters too. This type of fastener is perfect for refurbished, well maintained and correctly weighted windows with meeting rails of the same height.

All other fasteners have evolved to compensate and accommodate home owner’s requirements in a more modern setting.

Brighton Sash Fasteners – This fastener helps to pull the two meeting rails together using a screw mechanism and is tolerant to slightly different meeting rail heights between the upper and lower sashes. 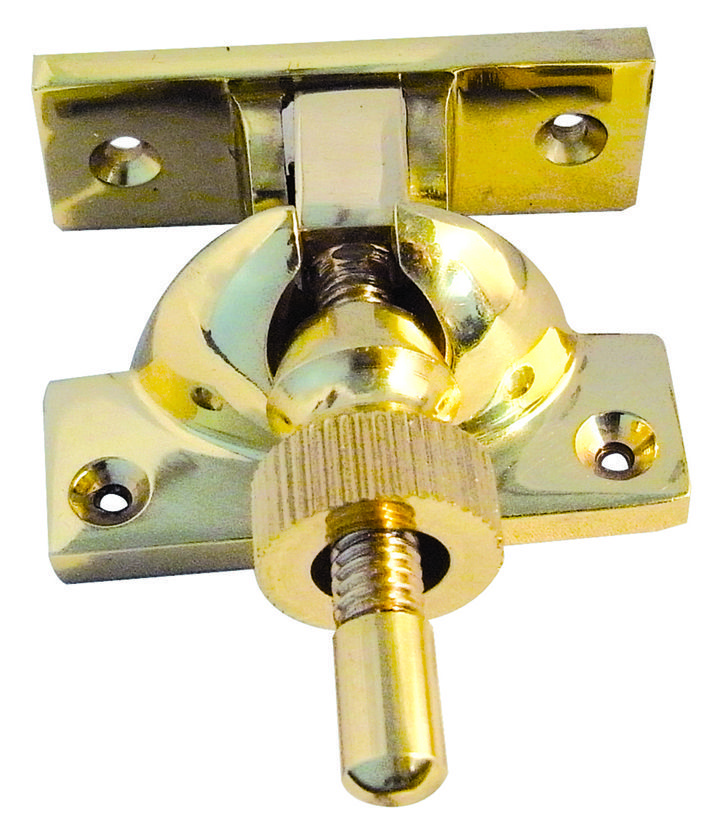 Claw Sash Fastener - As the name suggests uses a hook or claw connecting into a keep. Positioned in reverse to the lever arm fastener, the moving part is fixed to the front or lower meeting rail. This fastener moves through an eccentric arc, pulling the windows together tightly and working best with rails of equal height. 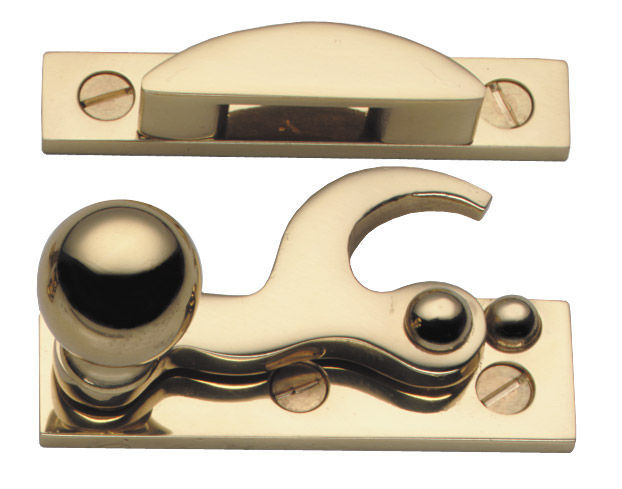 Fitch Sash Fastener – Combining both the claw and the Brighton fastener, the moving part is fixed to the front/lower meeting rail. This fastener also aims to pull the two sashes together; pushing the upper sash up and/or the lower sash down. However, if the meeting rails are of significantly different heights or the windows are poorly weighted, a lot of pressure can be exerted through the fastener, leaving both the fastener and wooden rail prone to damage. 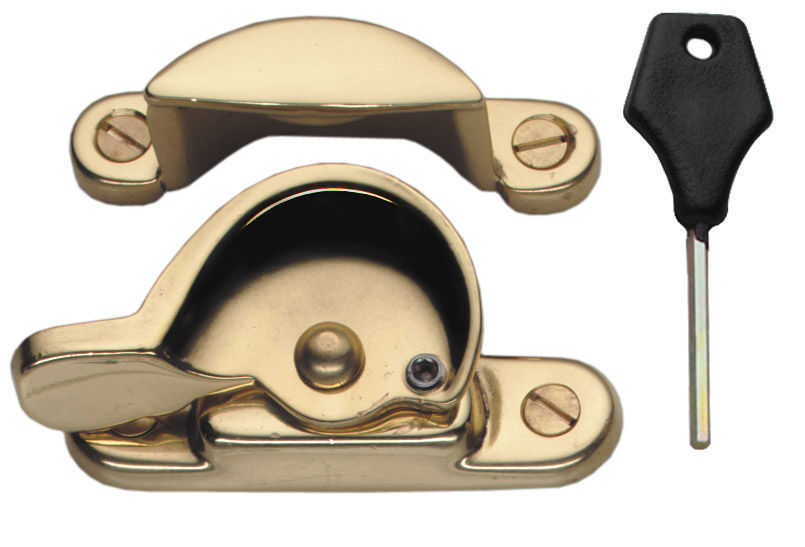 Sash locks work independently of sash fasteners and even those that lock. Sash window locks also effectively stop the window from being opened from the outside.

Sash Stops are fixed to the upper rail of the window and a small plate to the lower rail. This allows the window to be locked in an open position to allow for ventilation – a small key is used to enable locking and opening. 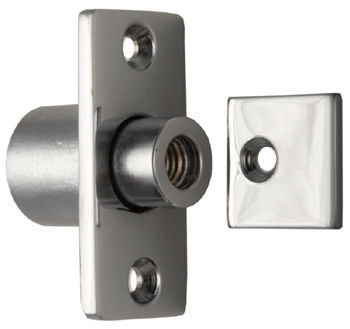 Weeks sash stop is a traditional stop, morticed into the upper frame. Once in the open position this sash enables ventilation but prevents the window from opening further. Closed, the windows move freely. No key is required. 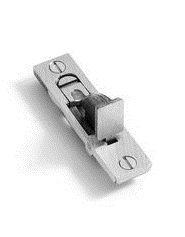 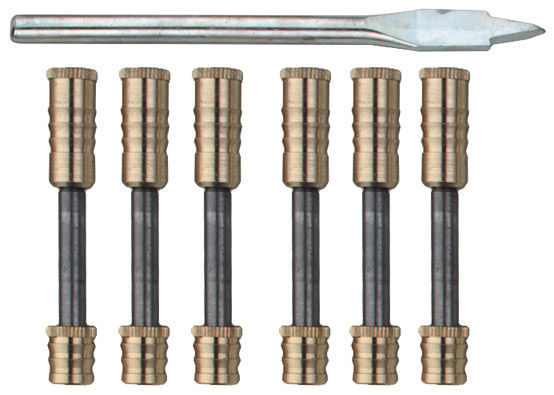 Surface mounted locks, as the name suggests these locks sit on top of the meeting rails and are highly suited to meeting rails of the same height.

Positioned at the base of the lower sash on the bottom rail, sash lifts are positioned to aid the opening of the window, with usually two lifts being used. 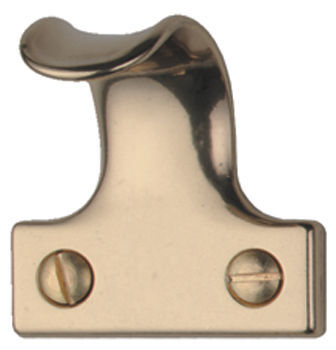 On some original sash windows, a sash handle may be fitted to the underside of the upper meeting rail to enable the pulling down of the upper sash, once the lower sash has been lifted.

A hook on a pole will then be required to pull the window down from the eye fitting. The hook and pole can sit neatly beside the window using a hook holder. 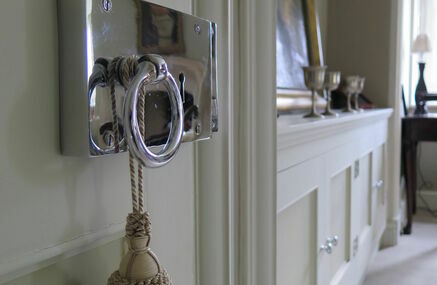 Why Should I Consider Ironmongery Before I’m Going To Need It?

Very often the ironmongery choices are considered towards the end of the project. This is not surprising as the ironmongery requirement is often part of the final finish and should not be fitted while there is still a chance that the items might be damaged 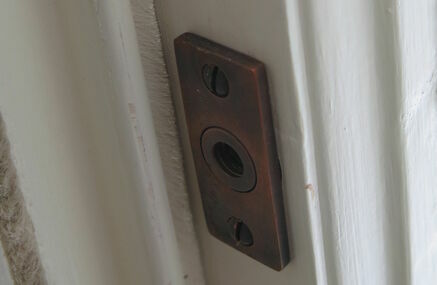 When you are thinking about the security of your property, the first thing most people think of are the doors. Windows are often overlooked as occupants come and go via doors, not windows. This is not always the case for intruders though. 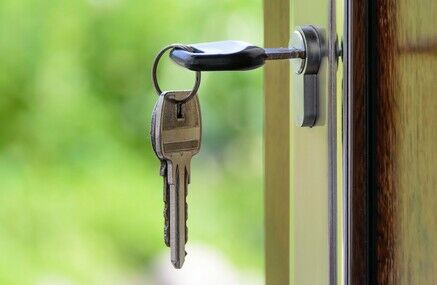 How to Ensure Your Home is Secure: Door & Window Security

Home is where you are meant to feel safe and relaxed. However, did you know that many homes are at risk from being broken into due to having ill-fitting locks or inappropriate windows and front doors? At TBKS we take the issue of home security very seriously,