A spectacular 18th Century Georgian house, in the heart of the beautiful Cotswold's Countryside, is a newly finished project we took absolute delight in working on. This stunning country estate was originally built as a summer home for a local wealthy land owner - who made his fortune from exporting sheep’s wool all around the world. 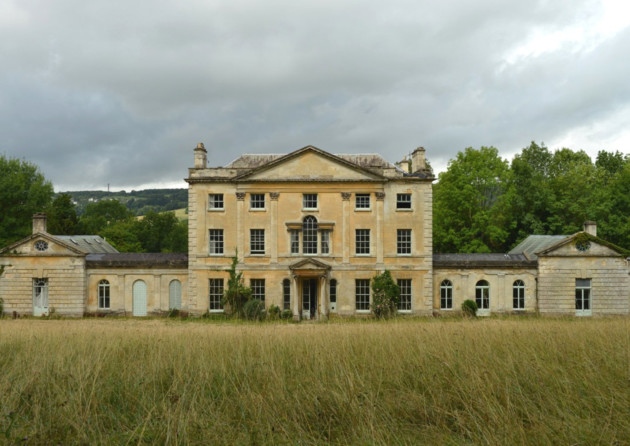 TBKS relished being involved in the restoration of many of the homes original ironmongery, including carriage drops, window fasteners, escutcheons and window stays. 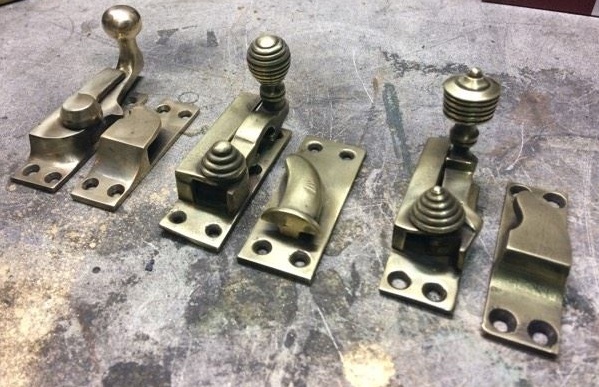 By comparing these three sash window fittings, it is clear to see there is a hierarchy within them. The hierarchy is created by fitting these catches to certain areas of the house. 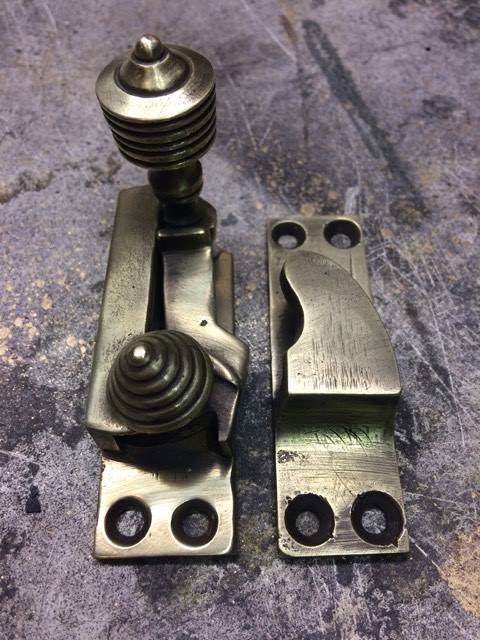 The larger “TOP HAT” fastener would be fitted to the sliding sashes in the ground floor “showpiece” rooms, such as the library, drawing room and ballroom. The windows here would be to the front or back of the house, and be taller than those on the first floor. These windows enabled a greater degree of light to come through, whilst ensuring they were scaled to match the heights of these particular rooms. 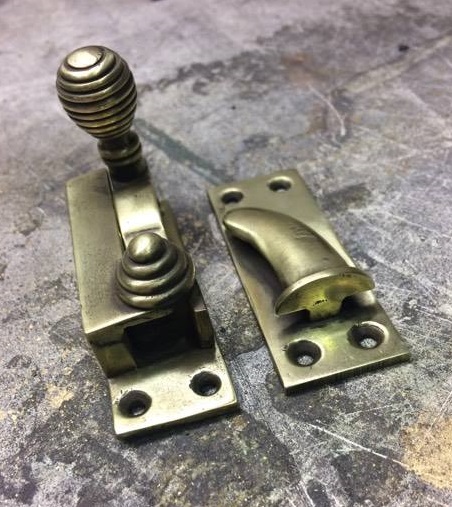 The slightly smaller “Reeded Ball” fastener was fitted to the windows at the front of the house on the first floor. These rooms would quite often be the Master Bedroom, study and sometime that of the eldest child.

The “Plain” fastener was always fitted on the smaller four or six paned sash windows at the top of the house, and in some cases along the back of the house. Less costly than the other two fasteners, this fitting married up with the simple nature of the door furniture fitted on this level.

Part of a larger estate in Wiltshire, we were asked to provide a specification for this new build that would provide elegance and style. We decided upon unlacquered brass for the main house, dark bronze for the staffs’ quarters and black iron for the outbuildings. 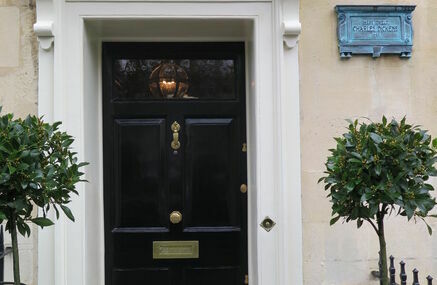 Another typical TBKS project. Home to Dickens in 1840, this late eighteenth century property was tastefully refurbished by the client last year. The hierarchy of the home remained with the use of thumb latches on the top floor, refurbished original steel rim 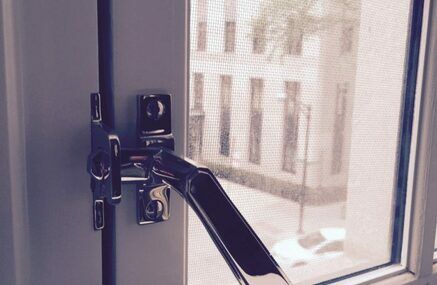 This is a great example of the export work that we're involved with across the globe. This particular project was based in Chicago, and involved a 3rd Floor Apartment art deco makeover under architect Joe Feldman. TBKS supplied bespoke polished chrome window